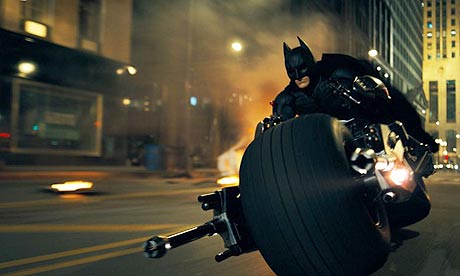 The Los Angles Times talked to Jeff Robinov, president of Warner Bros. Pictures, about the future of DC’s superhero movies at the studio. So far we have Christopher Nolan’s Dark Knight Rises and Zack Snyder’s Superman: Man of Steel hitting theaters in 2012. Green Lantern will battle it out against three of Marvel’s superheros for the top of the summer box office. But what’s to come for the DC characters after 2012? Nolan’s trilogy will done with, and I’m sure Green Lantern will get a sequel, maybe even Snyder’s Superman. Apparently, Wonder Woman, Flash, and the Justice League may very well get their own box office debut sometime in the near future. Check out this article from LA Times:

But Robinov said a new Justice League script is in the works. Also being written for Warner are scripts featuring the Flash and Wonder Woman, who could be spun off into their own movies after Justice League. Though Wonder Woman is also in the works as a television pilot for NBC produced by Warner, Robinov dismissed that as a sticking point. “Wonder Woman could be a film as well, the same way that ‘Superman Returns’ came out while ‘Smallville’ was on,” he said, referring to the 2006 film that put Brandon Routh in the cape and the television show starring Tom Welling that is now in its 10th and final season.

Robinov knows that the most bankable part of his superhero empire has been Nolan and his Gotham City films –  the studio has yet to deliver a 21st century superhero blockbuster hit without Nolan in the director’s seat. Batman will continue to be a centerpiece property beyond next year’s “The Dark Knight Rises” and Nolan’s departure from the franchise. “We have the third Batman, but then we’ll have to reinvent Batman…Chris Nolan and [producing partner and wife] Emma Thomas will be producing it, so it will be a conversation with them about what the next phase is.”

How do you guys feel about these films? Should WB come out with Wonder Woman and Flash first?