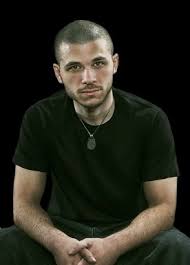 A couple of months ago, I discovered this amazing artist known as Zack Hemsey. I remember being so moved by the music in the trailer for Inception that I had to find out who composed it. Little did I know how much I’d grow to like Hemsey in the next couple of months.

Not much is known about Zack Hemsey. Even on his own website under his biography section he states, “I compose music…that pretty much sums it up.” If you search for his bio on Wikipedia you won’t get any information about his life past what he’s done professionally. There’s nothing about family life, nothing on his school life, not even a picture of him.

Personally, I don’t want to know anything else about him; there’s no need to. I don’t care about what year he was born or if he attended Julliard, nor the name of his mother and father. All I have to do is listen to his music to understand who he is as a person. His lyrics are memorizing and they captivate you in a way you’d never expect. At first you think you’re listening to a movie sound track, but then Hemsey begins to rap and he lets you enter his mind and his world.

This guy really deserves a lot of respect for his art. It’s beautiful, it’s different, and it’s daring. The song he composed for the 3rd Inception trailer is titled “Mind Heist”. Many people gave Hans Zimmer the credit for “Mind Heist” since he composed the entire soundtrack for Inception. But time after time again, fans of Hemsey make it known that he composed “Mind Heist” not Zimmer.

He’s composed several soundtracks before for other film trailers: The Town, Inception, The Candidate, Robbin Hood, The Cleaner, and Hunter, Hunter. Currently, he has only one album out, but expect more from him very soon. For more information check out his website: http://www.zackhemsey.com/Zack_Hemsey/Records.html

Listen to “Mind Heist” below.